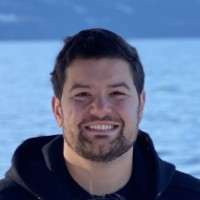 As a startup founder, it's mission critical to know what decisions you should make quickly, and which you should make slowly. It's common to think that at the earliest stage your approach should be to, "move fast and break things", but not only did Facebook ditch that approach, there's mounting evidence that it was never a good idea in the first place.

Going into 2020 I was familiar with Jeff Bezos' Type 1 / Type 2 decision making framework, but I was less sure about how to apply it in practice. It's easy enough to reflect on whether a decision seems reversible, but it's deceptively difficult to truly know the implications of a decision before you make it.

In my experience running Aesthetic and advising founders, I've learned that it's a common mistake to overestimate the first-order reversibility of a decision while under-estimating its second-order effect on a company’s strategy. Decisions about company strategy should be made slowly and deliberately, whereas decisions about tactics should be made quickly. But, how do you really know whether a decision is just about tactics, or has far-reaching implications about strategy?

A friend of mine ("Elliot") was running a VC backed tech-enabled architecture firm, whose vision was to reinvent the architecture studio model by automating a lot of the manual work done within architecture firms using software instead of using humans. They believed that much of the non-specialized work (ie, billing, project management) could be completely automated, and that some of the specialized design work (ie, developing CAD plans, interfacing with construction) could also be automated.

Their founding team was a combination of an accredited architect, a senior software engineer, and a real estate sales industry veteran. Within the first few months their sales founder had lined up commitments for 4 housing projects that wanted to be built using their fledgling startup. They called a team meeting to discuss their plan for delivering upon this lofty scope of work. These 4 housing projects would represent spectacular growth for a company at their stage, which they felt would be great proof of their approach to VCs to help them raise more funding in the future.

The issue, however, was that they didn't have the ability to deliver upon these 4 projects using the resources that they had on the team at the time, and their software wasn't at a point yet where it was truly able to lessen the workload. They would either have to turn down some of the clients, or hire new employees to help service the work.

They felt like turning down a client was an irreversible decision that they would regret, whereas hiring someone to do the work was reversible since they could fire the person if they really needed to do so. They decided to hire the person to fulfill the work. What they didn't realize or anticipate was they had actually made an unintended second-order decision about their growth strategy which set a dangerous precedent for them in future decisions. Fast forward 2 years and they've hired 25 more people to help scale their architecture services and have yet to actually build any software to automate anything. They had accidentally become a "normal" architecture firm, instead of fulfilling their vision of automating manual work using software.

What is early stage startup strategy?

I subscribe to Michael Porter's definition of strategy as the approach a company takes to, "achieve a sustainable competitive advantage by preserving what is distinctive about a company." For a software company, strategy applies at the macro level ("how do we invest our resources?") as well as the micro level ("what user experience do we foster with our product?") and everything in between ("how do we price, position and package our product?").

A cohesive strategy defines the "why" behind the day-to-day execution of a company, and acts as a scaffolding that's self consistent at all layers of abstraction. For a startup company, the strategy is what bridges the gap between a company's vision and their tactics in pursuit of their mission.

Most strategy frameworks and exercises are too heavy for early stage companies. By the time the strategy is defined, the company has learned enough from being in market that it's time to change it all over again! Instead, early stage companies should simply define their mission statement (what impact do we make on the world if we succeed massively) and their vision statement (their hypothesis on what they're going to build in the next 2-3 years to make progress towards their mission). Then, they should go through a light product strategy exercise that helps codify how they plan to go about validating/invalidating their vision. Gibson Biddle's product strategy exercise is the best approach in my experience, and can be done with half a day of team collaboration.

How to avoid flawed decision making

When team members are deliberating about a decision, they should be able to challenge each other at the level of the company strategy. If this isn't happening it means that the strategy is either not cohesive enough or not communicated clearly enough across the team.

If a team is able to foster this level of clarity and communication about their decision making, they'll increase their chances at accidentally making irreversible decisions about their company strategy. If a company is able to do this successfully, their decisions will compound over time to help them prove (or disprove!) their articulation of their vision in service of their mission.